If you continue direction airport, you’ll pass the Aloha Stadium. If you are in the mood for a game, here’s the place to go.  On Wednesday, Saturday and Sunday between 8 a.m. and 3 p.m. there is a huge farmer’s market on the parking lot. You can also buy souvenirs, handcrafts and clothes here. And on top you get free live entertainment.

A bit further north you will come upon one of the best known monuments from younger history: Pearl Harbor. This is the place where on Dec. 07 1942 Japanese bombs hit the totally unprepared US Marine. During this attack around 2.400 people lost their life which led to the USA entering into World War II. On land you can explore a huge visitor center with video performances and a large photo exhibition, that show you the events in a sometimes drastic, but always very interesting way. But please be aware that due to high security measures you are not allowed to take any bags with you. The entry is set up as if you go through security at the airport. If you do have a bag with you there are a few lockers where you can store them. The visitor center is also the place where the boat tours through the harbor start, during which you will get a close look onto the sunken ships that are still lying there in the water. If you want to be on one of those boat tours you will have either to be at the visitor center by 06:30 a.m., make an online reservation before you are coming to Hawaii, or simply book a tour that picks you up at your Waikiki Hotel. As I mentioned you will pass the ships that were sunk on this Dec. 07 during this tour. The highlight is a stop at the USS Arizona Memorial which is a very emotional moment that guarantees goose bumps. 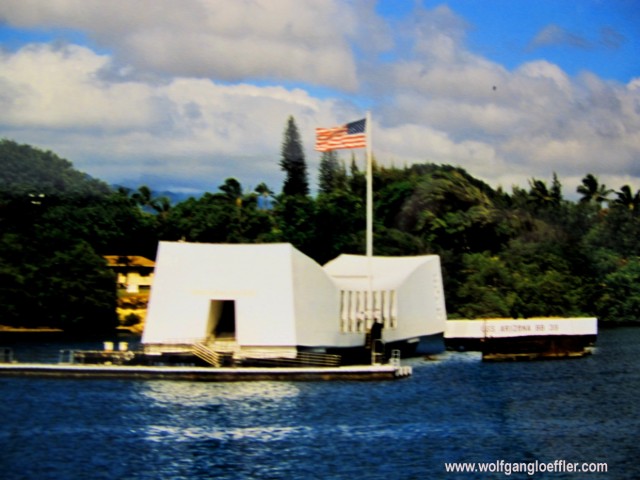 If you are on one of the guided tours out of Waikiki you will also pass by the Punchbowl Crater which is a national cemetry. This is a spectacular location, but privat access is strongly limited. 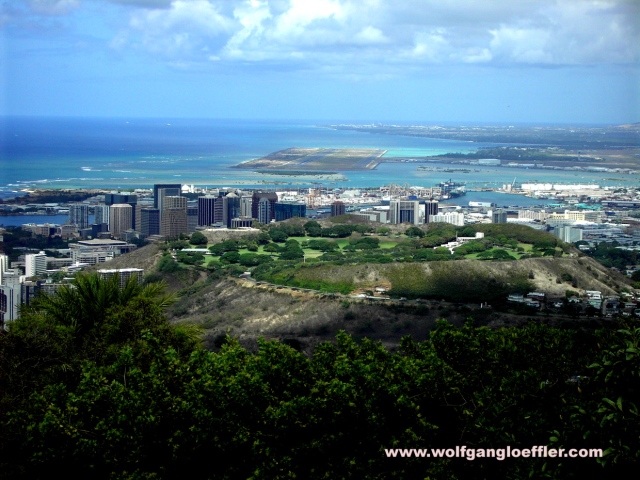 A bit further up the road direction north you will arrive after a 30 minute drive (depending on the traffic) in Kapolei. Here you’ll find several small bays with nice beaches. Although a beach in the US can’t be in private hands, these beaches are only reachable when you pass through the hotels that were built next to them. There are 2 hotels I want to mention by name. In mid-2016 the Four Seasons Oahu at Ko Olina will open it’s doors after an extensive renovation. I still know it from it’s days as JW Marriott and it is a place for a romantic getaway, if you can afford it. Next to it is the Aulani, a Disney Resort. I have to admit that I am not a big fan of Disney, but the hints of Mickey and his friends are very decent. The architecture is inspired by typical Hawaiian houses and if you like large pool areas, this is paradise. The interior offers a large collection of Hawaiian and Polynesian art. But of course you will have the possibility to book one of those famous character breakfasts with Goofy and the others, or meet them on the grounds. I personally think that for a family vacation this place is a bit overprized. Since, according to Disney, Disney World Orlando is the happiest place on earth they tell the kids here, that the characters also need some vacation from time to time and they spend it in Hawaii. This is why Goofy wears an Aloha Shirt here.

Fisherman on the beach

If you continue North on the West coast of the island you will, so I was told, still see beautiful scenery, but there is not much to explore for visitors. The beaches are not kept clean and the few settlements along that coast aren’t the best ones on the island.

That much for Honolulu and it’s surroundings. In my next post I will take you on a tour around this beautiful island. If you have any comments, fell free to leave them at the bottom of this page.

Mahalo for following my blog. 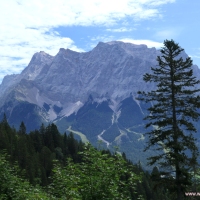